At the Café Plus stop another four riders joined us and then we took on the delights of Weston Hill and made our way to the Three Tons in Great Hornmead via Cromer. Halls Green, Ardley, Nasty and Buntingford.

The nice thing about this route was even though we were on very familiar roads it made a lovely change to ride them in a different direction.

After lunch it was a straightforward job of heading down to Ware via the Pelhams for a hassle free run.

The weather for the day was pleasant, if a bit windy at times. It was a good ride out.

Steve H led this ride from St Albans into The Chilterns with breaks at Little Chalfont, Bryant's Bottom and Bovingdon.

Thanks to Neil for providing this track:

Sunday’s ride to the Moon and Stars at Rushden saw one of the best turnouts of the year so far (16). The Lea Path near Hertford

Blue skies and a sunny outlook promoted the good humour and bonhomie that South Herts CTC is famed for. Cycling alongside the Lea to Ware and up to Wareside the first entertainment of the day was an impromptu puncture repair competition sparked by 2 riders suffering punctures simultaneously; Jon proved himself the speediest operative and a man to stay close to in poor terrain. 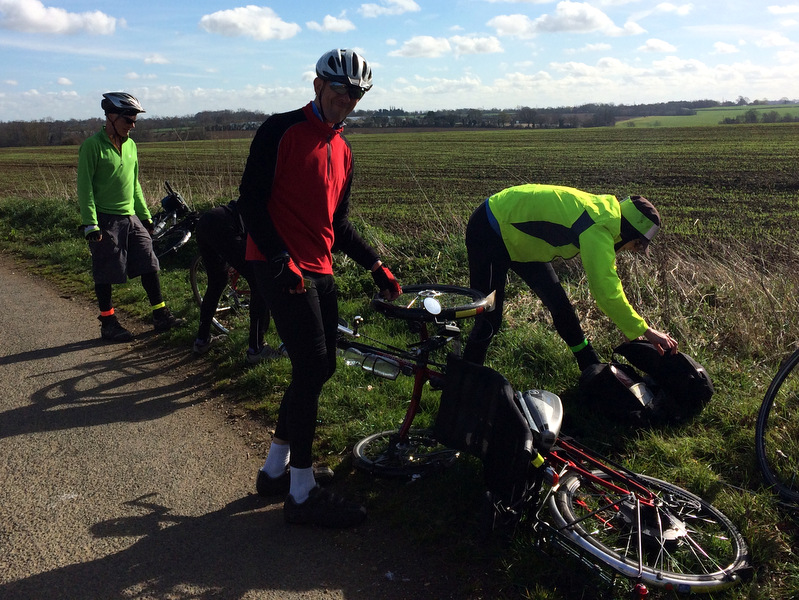 Reaching Ash Valley Golf Club via a loop to Perry Green, several riders had bacon sandwiches that were uncommonly well filled, if a little slow to be provided (we should have warned them of our visit). Over the ford of the Rib at Standon the route headed to Halls Green and on to Ardeley, experiencing a small routing issue which proved to be the first of several with the leader being challenged by his (lack of) mastery of electronic gadgetry. At Throcking a ‘Private Road’ complete with gate was encountered and the group approached several well-appointed houses with caution, Judy nearly being shut out on the wrong side of the gate. One more to come

The caution was rewarded with safe passage through to the lovely hamlet of Rushden and arrival at the pub, which was full to bursting with ramblers, motor enthusiasts and a few other cyclists. A lack of speedy or indeed any service saw all but three of the group repair to the local garden centre for an alcohol free but quiet lunch break. Regrouping after lunch our intrepid band followed the course of the Beane and chose to go down a closed road. Skilfully negotiating its way around a digger and dumper truck, hard at work on a Sunday afternoon, no injuries were suffered or bikes lost down trenches. Finally reaching the last of the day’s stops at the Plume of Feathers, coffee and cake was provided for £2.95 and served in next to no time - a welcome improvement in service. The sun still shone and everyone was still talking to each other - another great Sunday ride!

Seven of us met at Morrison’s for a happy little jaunt out to the cyclist’s café. Apart from one person, all others were new to the delights of a Saturday ride. One of our riders had downloaded and followed a previous route of ours and liked it. Today he decided to join us to see what we would be like to ride with and I’m happy to say that he was pleased with the result. 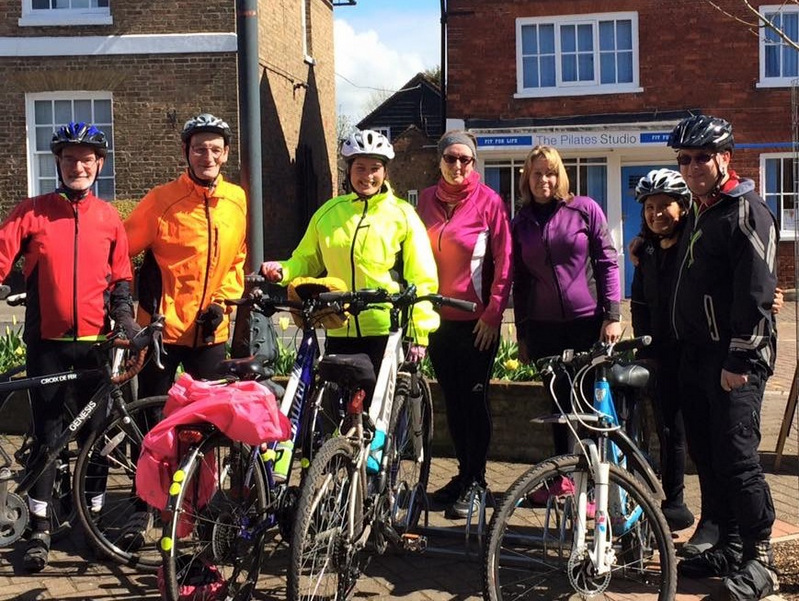 We started off with a pleasant meander through the streets of Fleetville and then on to Sandridgebury. It is nice to hear happy chatting as you lead a ride for people; gives you confidence that you’re doing the right thing. We passed by the area of Sandridgebury, which is closed off because of flooding, but luckily we didn’t have to go that way and found our way towards the farm and then down to Redbourn Fisheries. There is always a body of water blocking the way here, but I noticed that this time there was a lot of water. As we made our way across the bridge, I felt the first spits of rain, but our little group happily pressed on.

We made quick work of the Redbourn Road and I was soon leading everyone on a climb up to Cherry Tree Lane. This bit always proves to be a challenge for my fun riders but they all make it and with beaming smiles.  From there it’s just a short hop over to Holtsmere End and then a drop down into Redbourn. The hub is such a pleasant little café and really makes for a relaxing break (or a body boost as they would say). 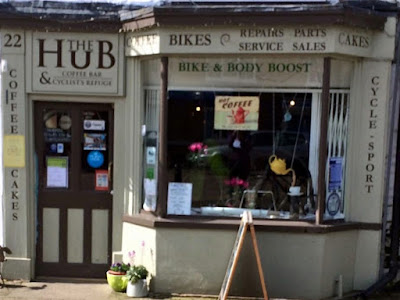 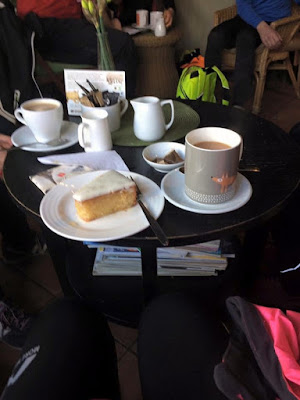 After tea we lost two of our number as they followed the Nicky line back towards Hemel and then home to Watford. We on other hand took the Nicky line in the other direction and headed for Harpenden. The old track was a little squidgy to ride on and people commented that it was the hardest part of the ride, as staying upright was a bit tricky at times, but it was a pleasant journey and we came into town soon enough.

Then we bounded down Pipers Lane and on to Nomansland Common. Soon it was a small trek through the back lanes to Fleetville and the ride was over.


It was a great morning’s ride, with many more to come.

Posted by ShertsCTC at 07:48 No comments:

Carol led us on a superb ride into Bedfordshire in perfect cycling weather. 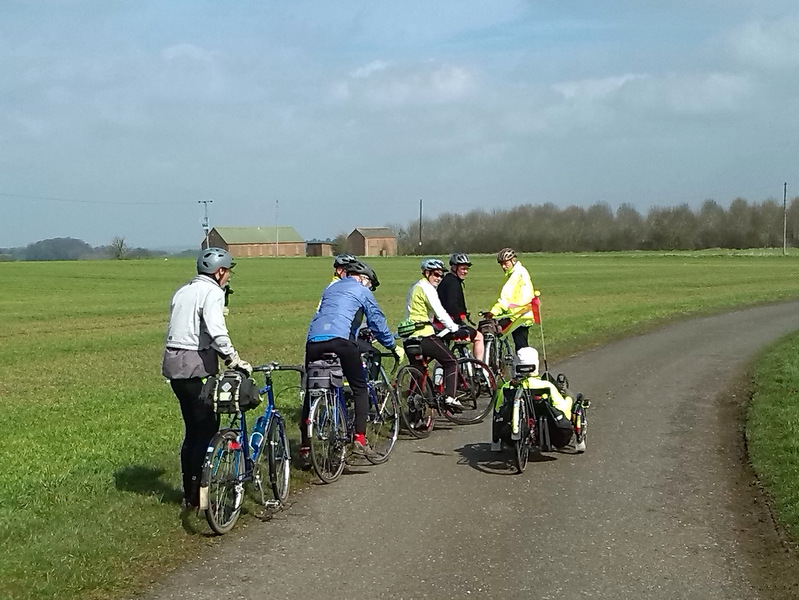 We paused on a quiet lane near Eversholt, not far from Woburn. 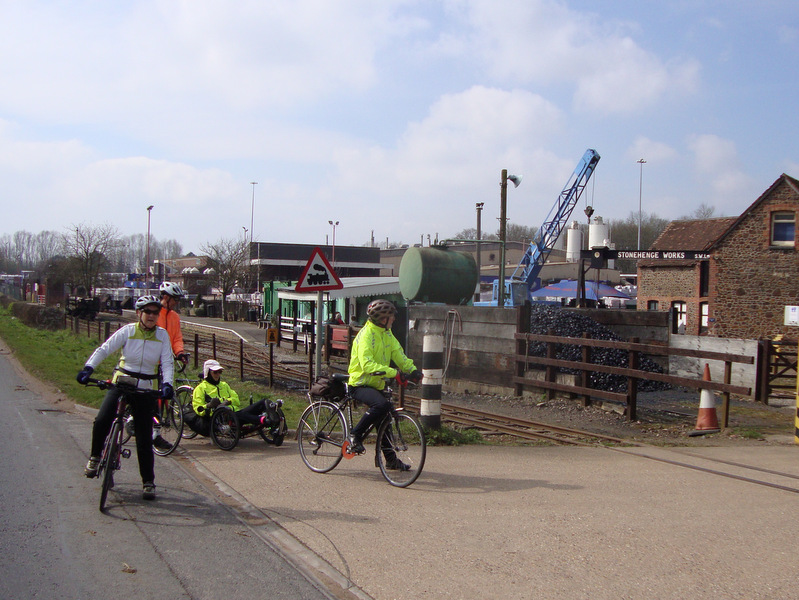 Stonehenge Station on Mile Tree Road has a cafe we haven't tried yet. We found this station at the other end of the line from Page's Park. 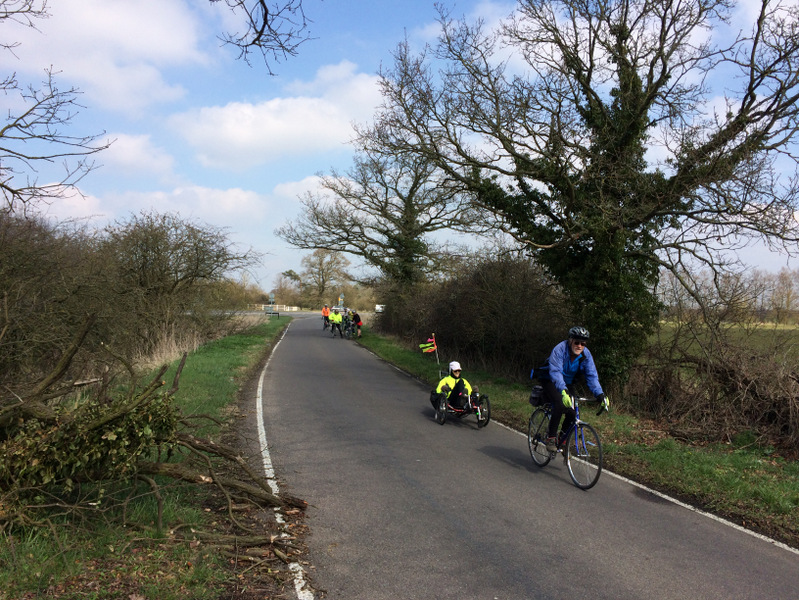 Posted by ShertsCTC at 07:50 No comments: