The weather forecast on Saturday night showed a fine dry Sunday, so Steve and I set off for the day with no rain jackets, a decision we soon came to regret. We met Eamonn, Ronny and Peter at the Hatfield start and set off on the usual route round the edge of Welwyn Garden City. By the time we got to Bramfield the rain started, drizzly at first before turning into proper driving wet rain. We pushed on to the golf club where we managed to park the bikes under cover and sat indoors hoping the rain would pass through. A decision was made to abandon the planned route and return as soon as possible. As we left the golf club we could see that the weather might clear and indeed by the time we got back to Whempstead the skies were blue in the distance.
However we stuck to the plan to return and got back to Hatfield at about 12.30 after about 30 miles. Lesson learned - don't trust the previous night's forecast.

Posted by ShertsCTC at 07:56 No comments:

A ‘nice’ day for cycling, not too hot, not too cold and no rain forecast. But, being as it was the middle of the August holidays, only five of us were at the start at Wheathampstead. Our first stop was scheduled as a cafe in Baldock. Amazingly and due no doubt to a following wind, we reached Baldock via Kimpton etc. at the world beating record time of 10.20. At this point, possibly due to over exerting ourselves, three of the party decided they had pressing engagements at home and turned back.

Richard and I however, being more determined, decided to press on for lunch at Biggleswade as planned. So we cycled out from Baldock into very open countryside, climbing towards Ashwell. Then we headed for Hinxworth, a village on the northern edge of Hertfordshire. From there we went further north before turning due west for Biggleswade, through the suburbs and into the centre where we went to “The Crown” pub for lunch. Unfortunately, despite reaching there early, we were told that there was a long delay for food. Cyclists of course can’t wait, so exploring the centre of Baldock we found a “Subway”. Clean and amazingly cheap, what is not to like with coffee at only 50p.

After lunch it was time to head south into a bit of a headwind. It is a slightly boring route through Henlow and Arlesey. The only interesting bit was just outside Hitchin at the Hitchin Lavender Farm. 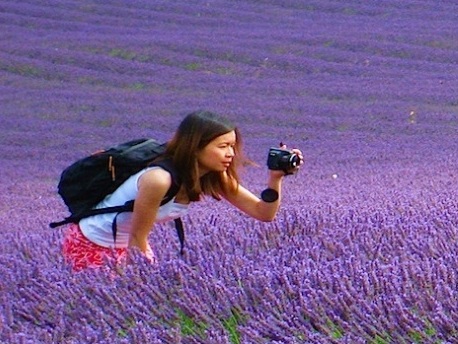 This was in the national news recently, as apparently people like to take selfies against a blue background of lavender plants. Such is the demand for this that it was reported that the farmer is charging £6 to enter the fields for photographic purposes. Whilst we paused at the entrance for some time there was a continuous stream of cars turning into the farm. However neither Richard nor myself thought we really needed photos of ourselves in lavender so we pressed on to a pub on the southern outskirts of Hitchin, where we paused for the obligatory tea and cake.

After this it was a steady ride back through the lanes to Wheathampstead. A pleasant day’s cycling of about 54 miles from start to finish.

This week we met in St Albans and first stop was to be Leighton Buzzard garden centre, so a fairly direct route seemed called for. We took the main road to Redbourn, then through Gaddesden Row and Studham.  Whipsnade Zoo seemed to be doing brisk trade as we went past the entrance and down Bison Hill. Approaching Leighton Buzzard from the east we were astonished by the new housing developments. The garden centre used to be on the fringes of the town, but now new estates surround it. 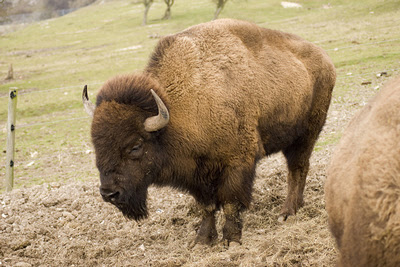 After a quick refreshment break, Peter headed home, while the rest of us followed the twisting and hilly lanes through the pine woods and along the edge of the greensand ridge to the Brickhills. Tantalising glimpses of Milton Keynes could be glimpsed to the north. Then, through more pine woods, we arrived in elegant and posh Georgian Woburn. Our planned lunch stop in Flitwick was going to be a problem, as the pub was not offering sandwiches. So, spotting the village shop in Woburn, we bought food there before heading off through the deer park to Eversholt.


It was drinks and our own sarnies in the pub in the village. There was now no special need to go to Flitwick, and a revised route took us through Tingrith and under the M1 to Harlington. Getting to Lilley Bottom from the north is going to involve a stiff climb whichever way you go, but the easiest of the various steep hills is the A6 main road from Barton. So, slogging up there we were soon along the pleasant valley and into Emily's for a well earned drink. This time not too cluttered up with other sweaty cyclists for a change. From Emily's we took the usual route through Wheathampstead back home, a round trip of about 65 miles.

Eight of us met outside Morrison’s for the morning’s ride to Redbourn; we had a new rider from Luton attend and we had a Romanian couple as well. Two of our riders’ bikes were not really suitable for the ride and they had some problems, but I was not going to deter them as that may have put them off group riding.
We started out with our usual preamble through the streets of Fleetville and made our way towards Childwickbury. Our first stop happened around these lanes as a back wheel had made its way loose, so it was out with the spanners to re-align the wheel and tighten it up. We were soon on our way again. Childwickbury is a gem of a place and everyone feels great going through it. There are some lovely views from the roads there. We went up to Buncefield then hopped over to Holtsmere End and dropped to Gaddesden Lane to get to The Hub in Redbourn.
We stopped for a well-deserved break, they do some great flapjacks here all made with produce from the mill down the road.

After our break we took a less undulating route back home via the Nicky line, which we followed to Harpenden. This is a great, traffic free route that is very popular with all kinds of users, Harpenden was busy as usual but we managed to wiggle through and make our way to Ayers End and past Nomansland common.

We took a leisurely route to Sandridge and followed House Lane to get to Oaklands college. They were holding an equestrian gymkhana, which produced a great conversation on the use of the word and how other countries use it. From Oaklands it was a short hop back to the start. Not our fastest ride but very enjoyable, and there was a real sense of achievement for a couple of us.