Having done the Dunwich Dynamo, two of our intrepid Wednesday Evening Riders, Graham Figg & Mark Keeley, took part in a follow up night-ride of 110 miles from Bristol to Exmouth.  Here is a brief account of their exploits on the eighth Exmouth Exodus:

We cycled to Malmesbury in Wiltshire on the Friday, about 105-110 miles. Took it easy and didn’t arrive until 8 pm.  It was raining until about 3 pm., but turned out to be a nice, sunny afternoon/evening.  We then rode 30 miles into Bristol on Saturday morning/afternoon, via a pub lunch in Tormarton, the rain still refusing to go away.  Had a look round the SS Great Britain, which got us out of the rain.  After a meal in Pizza Express we went up to Channing’s hotel in Clifton where the event starts.  Here we met sometime Sunday rider Giles Fordham and we decided to ride together.

Over the magic bridge

Set off about 9pm over the Clifton suspension bridge, then due west, turning south (although Mark had a puncture around here) to hit the Mendips and the first big climb up the gorge of Burrington Combe.  Halfway up here it started raining heavily.  A few miles later, zooming down Cheddar Gorge and nearing the bottom (by which time you can easily top 30 mph before braking for the hairpins), some youths doing handbrake turns in their 10-year-old Vauxhall Corsas added to the excitement.  Then the first feed stop at which Mark noticed his tyre was flat again, at which point the repair team there offered to repair it.

Then it was a good 20 miles across the Somerset levels.  At some point during all this, or possibly after the next feed stop Giles had a puncture, which was repaired with a C02 canister - well the second one after the first sprayed out all over the road. After a long climb we then reached the middle feed station, clearly being last on the road at this point.  We picked up, although not in the biblical sense, a waif and stray semi-lost bloke Tristan here, who rode with us the rest of the way.

The only way is up!

Next, after miles of skirting Taunton, was the climb of Blagdon Hill, steeply out of Pitminster village and then 2 long hairpins, before the endless road into Devon and the last tea stop at Ewins Ash.

Then the interminable navigation to get to the last climb of Lympstone Common, via an abortive climb where we had to retrace, but hey, sh1t happenzzz!  After this a fast downhill into Exmouth and an artery clogging blow-out in the beach café, which after leaving we discovered I had a puncture to complete the set. 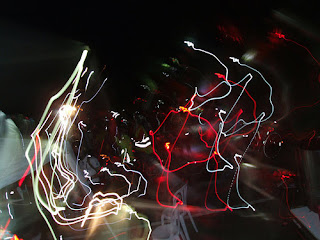 We got a train to Exeter, where Mark and I stayed with his sister (riding down to Dawlish and back on Monday) and Giles got another train back to Bristol.  We only narrowly caught the train back to Waterloo, crossed London (overtaking a trendy cycling couple I just about heard the words “Wow! Old school streeters” (whatever that means) and I discussed with the considerably-more-attractive-than-her-bike female what we had been doing) and arrived safely back in St. Albans by about 8pm.