What makes a successful ride? This is a question I keep asking myself as yet again I greet new riders and old, well chuffed that Jon chose my ride to come out after a break due to illness. A real crowd of us met at Morrison’s and set off on our merry way through the back streets of St Albans making a colourful sight as we hit the roads towards Childwickbury. Now some of our riders thought that we couldn’t come in here, but nobody has ever told me not to so in we go. It’s a great little estate that has a nice winding road down to the A5. 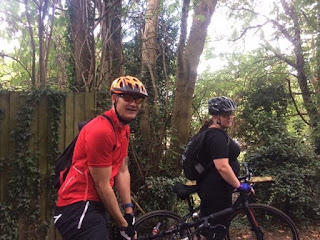 With a little hop along the said main road we scooted off up Hog End Lane. This is an undulating climb of a road that leads past the Buncefield Depot (home of the largest explosion in peace time Europe), into the back end of Hemel and the Dacorum Cycle Hub. This is actually a really good fledgling hub for cyclists and it has quite a few good resources there. 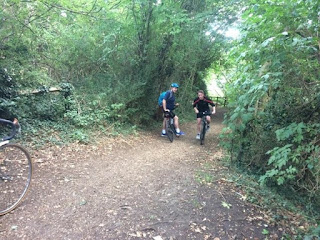 Once our break was over we said goodbye to Jon and Judy then headed off to the Nicky Line for a hugely enjoyable dash down to Redbourn. This is a fantastic route and people need to use it more often or they will lose it. 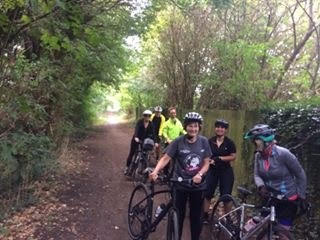 We soon skirted Redbourn and made a stop at the mill where bread and goodies were purchased. The route home was nice little meander through Ayres End and Sandridge.